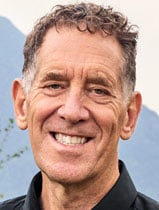 The state Senate is considering legislation that would destroy the 38-year-old resident-owned community movement in N.H.

Steadily and mostly behind the scenes, an affordable-housing strategy has preserved nearly 8,500 New Hampshire homes over 39 years. It has kept dollars circulating in local communities and inspired a successful national housing movement.

Now the N.H. Senate is considering legislation that would destroy it.

The nonprofit New Hampshire Community Loan Fund has helped 140 groups of manufactured-home park residents purchase their parks and manage them as cooperatives, or ROCs (resident-owned communities).

Unless you’ve lived in a manufactured (sometimes called mobile) home park, you may not know that homeowners pay rent to the park’s owner for their use of the house lot and shared park area. Ownership is very lucrative and competition to buy parks is fierce among private equity firms, which pay above-market prices because they can increase rents to achieve exorbitant profits.

When they succeed, their ever-rising rents are hoovered out of the community and into investors’ pockets. Homeowners who can’t afford the higher rent are displaced.

Resident-ownership of parks keeps homes affordable by eliminating the profit motive and putting budget decisions directly in homeowners’ hands. Each ROC is a not-for-profit democracy. Memberships vote to increase lot rents only when necessary to meet costs or increase services.

Resident-ownership also means families won’t be evicted because a park owner wants to use the land for some other purpose. 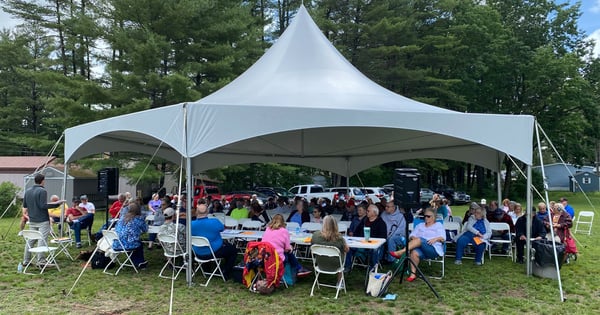 A membership meeting at Tanglewood Cooperative in Keene. Resident-owned communities are small democracies.

The Community Loan Fund, often in partnership with local banks, finances these purchases at rates the park’s homeowners can afford. Its ROC-NH program supplies training and technical assistance that help the residents, few of whom have ever sat on the board of a multi-million-dollar business, manage their communities as volunteers.

Not one of these cooperatives has ever failed or reverted to private ownership. Not one. That’s an extraordinary achievement, given that 75% of cooperative members qualify as low or moderate income and many are seniors on fixed incomes.

The recently introduced Senate Bill 210 threatens this form of affordable housing preservation by requiring more than half of the households in a community to vote in favor of an offer to purchase it. This is an unreasonable threshold that, if signed into law, will destroy this self-help program.

NH allows as few as five individuals to form a cooperative corporation. A simple majority of co-op members may elect to buy their park. Members elect boards of directors to oversee their community, and vote on rules, budgets, and the rent they pay to the cooperative. Residents are not required to join the cooperative, nor to participate in its business.

Some residents held back by fear

Although NH’s current ROCs enjoy nearly 100% co-op membership, that is never the case at the stage SB 210 addresses--when residents are first debating whether to buy their park. Residents decline to participate for a variety of very valid reasons, including fear of retaliation by the current or future park owners, lack of transportation to meetings (few parks have meeting spaces large enough to accommodate a majority of homeowners there), the need to work or care for children or family members with disabilities, or skepticism that buying their park is a possibility.

The municipal equivalent to SB 210 would be requiring approval of 51% of all potential voters—not just those who choose to vote—to win an election or pass a ballot initiative. It’s an extremely rare town or city election that turns out 50% of its potential voters, much less gets a majority of them to vote on the same side.

The only effect of SB 210 will be to eliminate the option of residents purchasing the parks they live in. Park owners have nothing to gain by passage of this bill. The cooperative meets the price of a Purchase and Sale agreement the owner has previously received. The owner gets the exact same amount of money/profit at closing whether the buyer is an investor or a resident cooperative.

The current law works well. Even without the 51% voting requirement, many resident groups successfully oppose cooperative ownership of their parks. Of the 14 resident groups the Community Loan Fund has worked with in the past six months, only five have voted to become ROCs.

SB 210 is a solution in search of a problem. Its passage will lead to less housing security and fewer affordable housing opportunities for NH’s working families and seniors at a time when such housing is scarce across the state.

I urge anyone concerned about the lack of affordable housing in N.H. to contact their state Senators and ask them to oppose SB 210.

Steve Saltzman is President and CEO of the NH Community Loan Fund.