A new report analyzes the economic cost and benefits of funding evidence-based early-childhood programs in N.H.

What could it mean for New Hampshire if our system of early childhood programs was unified and funded at a level that reached the most-vulnerable kids and families?

With the recent release of a new report from the Rand Corporation, we can begin to be able to answer that question.

Investing in the Early Years, The Costs and Benefits of Investing in Early Childhood in New Hampshire, was commissioned by the Endowment for Health to analyze the economic cost and benefits of funding evidence-based early-childhood programs in N.H. 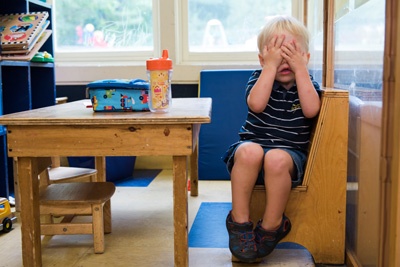 It shines an important light on which strategies can be applied here to best meet working families’ needs and produce measurable economic returns for the state.

Among the report’s findings:

The report then offered two strategies that N.H. could potentially adopt to improve the lives of families with young children who are most at risk.

Home-visiting and early-education programs can buffer the effects of toxic stress and adverse factors in young children’s lives, and can help them and their families succeed. Funding these programs at higher levels would produce long-term benefits, not just for the children, but also for the state.

Many states have adopted these types of strategies. Recent research on Tulsa, OK’s universal pre-kindergarten program demonstrated benefits that exceeded its costs by about two-to-one.

A focus on our youngest children offers a great return on public funding, and this report offers a road map for stakeholders and policymakers to consider.

Thanks to the Endowment for Health for leading the way with this report.