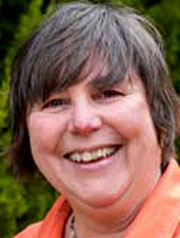 A fisherman's cooperative and a community-supported fishery are delivering fresh fish to residents along New Hampshire's seacoast.

New Hampshire's coastline is small in comparison to those of Massachusetts and Maine, but that doesn't matter to the fish.

Those fisherman began collaborating with consumers last year to protect the ocean and sustain the state's fishing industry while also supporting the local economy. They created a cooperative called New Hampshire Community Seafood and a community-supported fishery.

The concept is similar to community-supported agriculture; member-subscribers pay upfront to join for one to three eight-week seasons and receive a quarter, half or full share of fish each week.

The members receive the freshest-possible fish, while supporting local fishermen and sustainable fishery management. The co-op's "day boat" fishermen leave and return to port the same day, using less fuel, with less environmental impact than boats that stay out for several days. In addition, the co-op's fishermen use gear that is intended to protect fishery resources.

Last winter, NH Community Seafood Executive Director Josh Weirsma and the fishermen set an ambitious goal of doubling their members and stockholders, and selling their catch to 10 local restaurants.

The New Hampshire Community Loan Fund helped Josh and his board conduct a growth assessment analysis to discover what kinds of expertise they needed to make this growth possible. Then, the Fair Food Network provided a grant through the Community Loan Fund to hire consultants to develop a robust business model and marketing plan.

As a result, New Hampshire Community Seafood has already met two of its three goals, and Weirsma is hopeful of reaching the stockholder goal by its annual meeting in November.

Charlene Andersen is the Manager of Business Education for the Community Loan Fund's Business Finance team.