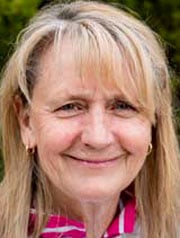 The rest of the story: How two resident groups persevered, and won

The recent conversions of manufactured-home communities in Merrimack and Derry, comprising 82 households, were anything but business as usual.

If we’ve learned anything from helping residents turn their manufactured-home parks into resident-owned communities (ROCs) for nearly four decades, it’s that no two conversions are the same.

Between our first meeting with residents and the signatures on the final closing documents, dozens of factors can delay or doom the sale. Just a short list would include decaying infrastructures, homes in flood zones, park owners trying to circumvent the law, buyers offering exorbitant prices, and lack of co-op leadership. Too, park residents can be intimidated by the thought of competing against buyers who might be their new landlords.

And just when we think we’ve seen it all, a new wrinkle appears.

The recent conversions of communities in Merrimack and Derry, containing 82 households, were anything but business as usual. They demanded perseverance, patience, and a boatload of faith from the residents. The fact that both sales happened is a testament not only to them, but also to New Hampshire Legal Assistance and Attorney Elliott Berry, who spearheaded passage of the state laws that protect residents when their parks are being sold.

The story began, as it often does, with the residents receiving letters informing them that the owner of the two parks had accepted an offer to sell them to a Las Vegas equity. Under N.H. law, the notice triggers a 60-day period during which residents can form a cooperative and negotiate “in good faith” to buy their parks, and we’re often the first people they call for help.

So far, so good. But the purchase offer was one buyer for both parks. The owner was determined to sell them as a package, to make the sale more attractive to the equity buyer and to avoid a financing contingency and engineering studies that would reveal the condition of the two parks.

Residents of each park wanted to buy theirs as a separate entity, both because they had questions about the infrastructure and because neither group wanted responsibility for the other community.

When the owner wouldn’t budge, the Merrimack homeowners, now organized as the Jewel Estates Cooperative, filed a suit in Superior Court to defend their right to a separate purchase and sale agreement.

As the court date approached, the owner backed down, and the cooperative matched the buyers’ offer, securing their community—and their homes—against development.

Jewel Estates President Thomas Levesque said, “We are in a prime development area, with new apartments and condos being built every year. Going co-op and having the chance to control our own destiny was a no-brainer.”

In Derry, the engineering studies revealed that the park needed $1 million in utility repairs. Footing the bill for those repairs, on top of the owner’s asking price, would have driven the park’s lot rents (the monthly fee homeowners pay for use of the land under their homes) higher than many residents could afford to pay.

The co-op, named Granite Estates Cooperative, voted not to go forward with the purchase but offered a reduced price. After some negotiation, in mid-December, the owner agreed to the co-op’s final offer if the closing was held before year’s end.

“The rush was on: emails, texts, faxes, and phone calls. Our dream of becoming a resident-owned community was at our fingertips,” said Granite Estates Secretary Linda Allen.

The cooperative and the Community Loan Fund beat the clock, finalizing the deal Dec. 31.

The co-op’s board of directors had met weekly through the pandemic to prepare to buy the park and stuck together during rocky negotiations.

“What a journey it has been!” said Allen. “We have many challenges ahead of us, but to be a part of a community that we fought so hard to purchase is so gratifying. We are very proud to have accomplished the unimaginable …”

“As a 20-year resident of my community, I have witnessed the former owner unfairly and inequitably charge fees and enforce rules,” said co-op president Lisa Melanson Buxton. “Some people live here because it is the housing they can afford and felt powerless to speak up. To purchase our community and be a cooperative is a relief. We are a community that works together to make Granite Estates a great place to live. Now we have control and a vote.”

Tara Reardon is Director of ROC-NH™.