An influential community development practitioner, researcher, and educator, Swack is a professor at the University of New Hampshire, where he has appointments at the Carsey School of Public Policy and at the Peter T. Paul College of Business and Economics. He also continues to serve on the Community Loan Fund’s Board of Directors.

"His trademark is the ability to balance a practitioner’s mentality and an academic’s objectivity," said Eades in her introcuction." He can articulate impact and risk, while designing for scale and sustainability."

He was founder and former dean of the School of Community Economic Development at Southern New Hampshire University and has been involved in the design, implementation, and management of numerous community development lending and investment institutions both domestic and foreign. 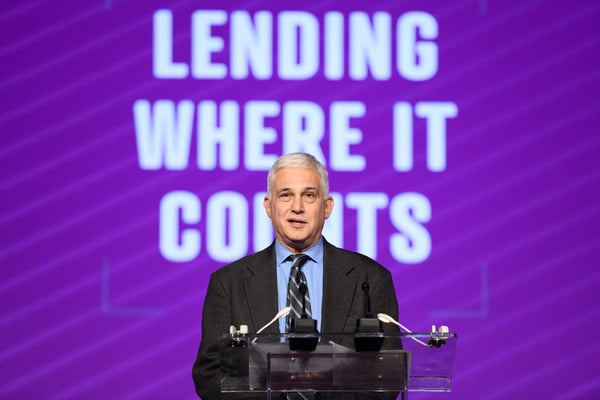 “I started this work before the term ‘CDFI’ existed, and it’s wonderful to look back on 40 years and see how the field has evolved and the impact it’s had on communities nationwide,” said Swack.

“More than 30 years ago, I helped to create the first loan funds and today there are more than 1,000 CDFIs, loan funds and more, managing more than $185 billion. Receiving this award is a tremendous honor, but it’s also been an amazing experience to work with so many smart, committed, and decent people over the years,” he said.

Eades said the loan policies Swack wrote became the core documents of many of the first CDFIs in New Hampshire, Boston, Philadelphia, Vermont, Northern California, and elsewhere. "He showed how to manage risk while defying the norms of the mainstream market about what people with low incomes could accomplish for themselves."

Today, Swack’s work at Carsey focuses on building scale in the nonprofit community development sector, innovations in community development finance, microfinance, and new models of social enterprise. He also directs the Financial Innovations Roundtable in collaboration with the Federal Reserve’s Board of Governors, and leads OFN’s Fundamentals of Opportunity Finance course, which has trained more than 200 CDFI staff and partners. 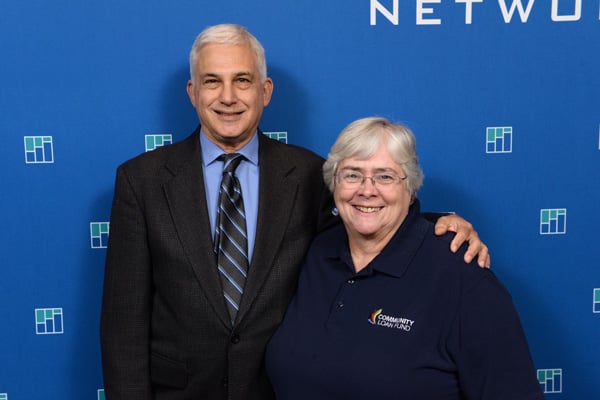 “Michael has worked—often behind the scenes—to grow and strengthen the CDFI industry,” said Eades. “He blends a practitioner’s perspective with academic rigor, making him an outstanding CDFI industry analyst, product innovator, advocate, and teacher. This award is the perfect recognition of a humble man.”

Swack is the 14th winner of the Gramlich Award, which is named for a staunch, longtime advocate for responsible finance. As a former Board of Governors’ primary liaison to the Fed’s Consumer Advisory Council, Gramlich, who died in 2007, advised on community development and consumer finance policy matters. He was an outspoken voice against predatory lending and a strong defender of the Community Reinvestment Act.

“Michael has made a lifetime of contributions to the CDFI industry and continues to offer a unique expertise that moves us forward today,” said Lisa Mensah, OFN President and CEO. “His research brings a discipline to the CDFI field that has helped CDFIs improve operations, fundraising and capitalization, as well as products and services.”

“Over the whole of his career, he’s been a critical influence on practitioners and students of community development,” she said. “We honor his trailblazing accomplishments and his lasting legacy with this award.”

OFN, the national CDFI network, strives to ensure low-income and other under-resourced communities have access to affordable, responsible financial products and services.