Friends and supporters who have been with us for a few years will remember Paul Bradley, who for 16 years grew our Manufactured Housing Park Program (now ROC-NH™) from 10 to 82 communities and initiated our single-family lending (now known as Welcome Home Loans).

When Paul left us in 2008, he didn't go far. Just across the Merrimack River in Concord, he heads up ROC USA®, and, with his team, has brought cooperative resident-ownership to 13 additional states. He recently wrote about how ROC USA's earliest communities are faring.

In response to homeowners’ requests for ownership and control, we launched ROC USA in 2008 to make resident ownership possible nationwide.

Seven years later, our first reliable economic data is beginning to roll in.  I’m happy to share the results with you. 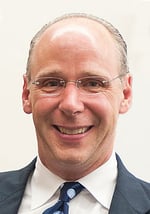 There are outputs—like numbers of communities (now 179), home sites (now more than 10,700) and states (14)—that make the point that resident-owned communities (ROCs) are viable and growing.

Beyond outputs though, we need to demonstrate impact. We want to have a strong and positive effect on low- and moderate-income communities both economically and socially. That’s our vision: economically secure and socially vibrant ROCs.

The impact that matters most for homeowners and Members is lot rents (or better yet, site fees). To demonstrate impact, we, our funders and, most importantly, our clients want to know: How do monthly site fees in ROCs compare to other similar communities in the local market area?

We’ve put in place a measurement system to document over time the many answers to that one question. The process includes hiring a professional appraiser in order to have an objective assessment of the market. The appraiser is conducting market rent studies every five years for every ROC financed by ROC USA Capital.

Seven is still a small sample size, but with seven results we can begin to share some data. I don’t have permission to disclose any community’s results by name, but the results for the group are positive and point in the right direction:

The data and the performance of these ROCs say a lot.

First, keep in mind that most ROCs raised their lot rents to market in order to purchase their community in the first place. The average increase for this group was $14 per month at the outset. That was the starting point five years earlier because gaining ownership takes place in the market at fair market value. It’s no surprise then that the result is generally market rents to start.

These ROCs are financially disciplined and performing well at and below market rents. That tells me they on the right path to meeting everyone’s goal of economically secure and affordable communities over the long-run.

Second, that none of the seven had to charge more than market rent after five years means that the planning and development work done by the resident group and their ROC USA Network-certified Technical Assistance Provider was good. It also means that each resident corporation’s management has been good. For some, that means strong volunteer involvement of its members; for others, it means the good use of contractors and good oversight by the volunteer board and membership.

Last, there’s one critical element that could easily go unrecognized: Each of these seven ROCs has excellent financial discipline, too.

I know because each one is a borrower of ROC USA Capital.

Each of the seven ROCs in the study is setting aside reserves consistent with its Capital Improvement Plan, undergoing annual audits or reviews, and adhering to debt service coverage ratios (aka annual surpluses that stay in the community).

That sounds like banker-speak but it’s really important. It’s not enough to say “rents are at or below market” if the ship has a major leak that you can’t see.

Let’s face it, you and I know it could be enticing to keep rents low and put off short-, medium- and/or long-term needs. In reality, I have long found most ROC leaders to be quite conservative with money. But still, I know rent increases to maintain reserves and keep a healthy budget surplus can be hard.

These ROCs are financially disciplined and performing well at and below market rents. That tells me they on the right path to meeting everyone’s goal of economically secure and affordable communities over the long-run.

Thank you to the members and directors of the first seven ROCs in this long-term study of performance: Your results are positive and pointing in the right direction!

Juliana Eades is President of the Community Loan Fund.

ROC-NH™ is a program of the New Hampshire Community Loan Fund, Inc. and a ROC USA® Certified Technical Assistance Provider. ROC-NH is a registered service mark of ROC USA, LLC.