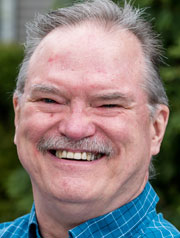 What community development can learn from baseball

In the context of evaluating community development, the poverty rate is an inadequate measurement.

Josh Ishimatsu ripped the cover off the ball this week in his smart blog published by Rooflines, The Shelterforce blog.

He contrasted the state of metrics in community development with that of baseball. For more than a century, baseball's hidebound (sorry ...) stat-meisters insisted on evaluating players' performances using data like a pitcher's won-lost record, or the number of runs a batter knocked in, neither of which revealed the player's value (return on investment) or performance.

As anyone who has read or seen Moneyball knows, that began to change in 1971 with the formation of the Society for American Baseball Research (SABR). This new breed of statisticians used mathematical models in deeper, more exacting ways to analyze, and even predict, individual players' performances. Much of it had to do with stripping away those factors that affected the data but that the player had no control over. Pitchers on crummy teams lose more, right?

What does this have to do with community development? Let's talk about the poverty rate. Writes Ishimatsu:

Poverty is a useful statistic in that it is a familiar, conventional indicator of economic need. It is good enough for descriptive purposes, especially when conveying a general sense of economic need, but it is a crappy evaluative statistic, particularly for talking about a specific set of programs and activities like community development.

Poverty is too complicated. There are too many factors that influence poverty and not enough clear relationships between inputs and outcomes. Poverty rates have some relationship to the larger economy, but correlate poorly with employment, GDP growth, per capita GDP growth, etc.

When you compare people and communities don't exist in closed systems, whose lives are buffeted and buffered by vastly different social conditions and public policies, how valid is that comparison?

Ishimatsu's blog is a good read, and should provoke some thoughts. Please share yours below.

Steve Varnum is Director of Communications and Marketing for the Community Loan Fund.