Nearly 200 guests joined us in Concord in November 2018 to celebrate our 35th anniversary and The Power of You.

We heard from representatives of three businesses the Community Loan Fund worked with in the past year: Stu Erbstein of Seacrest Cooperative in Seabrook, Stephane Anglade of Xact Tech in Meredith, and Cindy Wallace of Holy Cross Early Childhood Center in Manchester.

Stu Erbstein spoke about the progress Seacrest had made in the four months since becoming a resident-owned community (ROC)—electing a hard-working board of directors, filling vacant lots with homes, strengthening its finances, and planning for its future.

Stu, a commercial lender, said, “I’ve been at a bank for a long, long, time and I don’t know any other way we would have put this together without all of you, and we’re grateful for that. Without the Community Loan Fund, and its ROC-NH team, this never would have happened. Thank you.”

Unique to the Community Loan Fund's lending model is the ongoing technical assistance and training it provides to build skills and strengthen communities and businesses.

Stu particularly praised ROC-NH’s Michelle Supry, who worked with the co-op through the conversion process. “She was here every step of the way, traveling ridiculous amounts of miles to get to us when we know she had a lot of other things she was doing. She kind of baby-sat us through everything.”

When Stephane Anglade was buying a “diamond in the rough” precision machine business, he unexpectedly needed additional funding after his bank appraised the machinery at a lower-than-expected price. None of the usual options was appealing, until he was introduced to the Community Loan Fund.

“The focus of the Community Loan Fund is about growth. It is about long-term, not short-term profit. It is about raising the company to the level where the community and employees benefit. That alignment made it easy.”

Since buying the company in 2016, Stephane said he’s been able tocreate jobs and raise wages, offer his employees promotion opportunities, a 401k plan and financial literacy trainings, while also improving working conditions and safety in the plant.

He has also worked with local resettlement agency to hire refugees. “They’re happy to be here every single day, they’re some of the best employees we have, and everybody loves them,” he said. 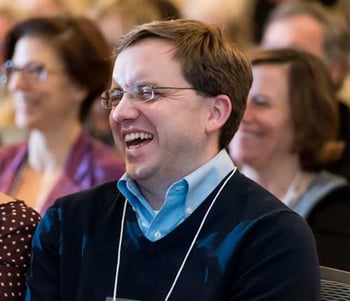 Looking back on 35 years, founding President Juliana Eades pointed out that Community Loan Fund’s impact includes other great nonprofits it has incubated and launched:

Juliana said each of these were the result of the Community Loan Fund getting involved in helping a specific community solve a problem. In each of the above cases, she said, “the long-term effort would best be continued by a separate organization, so the impact can expand and ripple out while we stick to our strengths as a lender, partner and instigator.”

None of the borrower or incubated nonprofits’ successes could have happened without the support of our donors and investors. Their generosity provides the capital, education, and training that come with every one of our loans. They have a true impact on communities throughout New Hampshire.