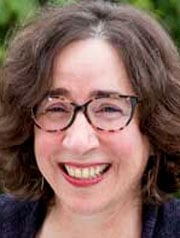 A story of transformation, a surprise gift

A radio story leads to an unexpected gift. "No one should ever feel like a second-class citizen in this country."

Like probably everyone who works at a job that serves other people, we can get so locked in on the daily details of what we're doing that we forget to absorb how people are affected by it. And we'll often stay in that place until something unexpected snaps us out of it.

That something happened here recently, a few days after National Public Radio aired a report about the work of ROC USA®, the social venture that's spreading resident-ownership of manufactured-home communities across the U.S.

Ill all the time

"We did have mold problems. The roof did leak. We were ill all the time. We had pails to catch the rainwater. It was horrible," he said. The couple had almost no credit with which to apply for a loan for a new home. They felt stuck.

But because Breezy Acres is resident-owned and -run, the Thulins qualified for a mortgage through the New Hampshire Community Loan Fund. They replaced "the dump" with a brand-new energy-efficient three-bedroom manufactured home.

Thulin, who is 70, felt like a man transformed. "The first thing I wanted to do was invite some people over for a cup of coffee," he said. "For a long time, 20 years, I couldn't ever do that. I was embarrassed about my home. I got out of jail, man. I got out of jail."

"I really can have my own place and be a respectable part of a community. And we were never allowed to do that before, people in my situation," he said. "I'm not a second-class citizen anymore. And I'll be damned if we are going to be thought [of] that way. I'm a citizen and a part of a community.'"

Feel-good stories just don't get any better than that.

This one was about to get better.

Within days, an Idaho couple who heard the broadcast contacted ROC USA. Sarah and Chris Fitzgerald of Boise wanted to send the Thulins a coffee service set as a housewarming gift.

"We should all help each other"

"We really were touched by the story, and Gary's openness about how he felt about the whole situation," Sarah wrote. "We feel very lucky that, although not wealthy by any stretch, we haven't been in a situation like that, and that no one should ever feel like a second-class citizen in this country. We all should help each other. Thank you for helping to lift people up."

When the coffee set arrived at the Thulins' home, the stainless steel carafe, white mugs, creamer and sugar bowl were ornately wrapped in green and white floral paper with matching tissue and silken ribbon. "I never in a million years would have thought that anybody who was a stranger would do something like this," Dawn said.

Dawn and Gary were filled with emotion as she read the accompanying card from the Fitzgeralds: "Dawn and Gary, here's wishing you many wonderful times of having coffee with friends. Congratulations on your new home."

Gifts from the heart

Sarah Fitzgerald said she and her husband don't celebrate Christmas, feeling that they already have plenty of material possessions and simply buy things as the need arises. "Instead, whenever we see something that strikes us for a family member or friend, or stranger now, I guess we just give gifts from the heart, not following any holiday traditions," she said.

"This was really such a simple thing to do, I'm really glad we did."

Dawn and Gary told wonderful stories about their new home and Breezy Acres Co-op. We shared the best cup of coffee I ever had and a toast to many happy years to come in their new home.

Feel-good stories really DON'T get better than that.

Jennifer Hopkins is the Single-Family Housing Program Manager at the Community Loan Fund.