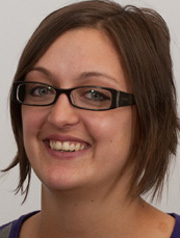 Martha Mowry is a 2011 Community Leadership graduate and cooperative living ambassador. I am inspired by her passion and love for resident-ownership.

I have lived in my manufactured-housing park for 18 years. We converted to resident-ownership and became Exeter-Hampton Cooperative 12 years ago. For most of that time, I worked full-time and cared for a terminally ill husband, so I was not able to be active in the community.

I first became involved in the cooperative as an alternate park representative almost five years ago. I used my time in this position to understand how the co-op operated and what the board's responsibility consisted of. After my two-year term was up, I was elected Vice President. Having the title of Vice President really motivated me. I thought it was important to take the role seriously. Through the ROC-NH Community Leadership trainings, I learned the importance of building community one step at a time. I brought the skills and knowledge I had absorbed through Community Leadership back to my community.

My goal was to bring the community together through social events. The first event that my neighbor and I initiated was a pumpkin-carving contest. Only a few families participated but I could see that others were interested. As the holiday season came into full force, we planned another event. This time we encouraged the community to display a holiday light display at the entrance to the community. More people participated, but still not as many as I would have liked. Our biggest success so far has been an ice cream social that we held outside after a special membership meeting in July.

The ice cream social was a surprise treat for all the members who braved the heat and delayed their dinner to attend the meeting. This simple function proved to be a huge success. With a large number of new members moving into the community, this was a great opportunity for neighbors to meet for the first time. More than half of the community attended!

With just a few small steps, my community has come a long way in building a sense of community. The ROC-NH Community Leadership trainings inspired me to do more for the community, and for myself.

Recently, it was provident that a vacancy in the local senior housing opened up. I was next on the waiting list. I had to take a chance on change! I am saddened to be leaving Exeter-Hampton Co-op and ROC-NH. The close friends that I have made during this phase of my life will be mine forever. I cherish the memories I have made and am eager to make new ones.

At the age of 74, I am not done yet. Thanks to the college credit I earned by participating in ROC-NH's Community Leadership trainings, the possibility of earning my BA at Granite State College...is...well, quite attractive!

ROC-NH is a program of the New Hampshire Community Loan Fund, Inc. and a ROC USA® Certified Technical Assistance Provider
ROC-NH is a registered service mark of ROC USA, LLC