When you're neighbors, "because" is all you need

Some things can't be measured, like a community's transformation when its residents have a common goal.

There are things that can’t be measured.

A Realtor friend recently visited Freedom Village Cooperative in Concord. She’s helping the co-op rehab and sell some abandoned manufactured homes so it can keep residents’ rents low and keep the park vibrant.

She was pulling into Freedom Village and saw a man on a riding mower cutting the grass on the vacant lots. She guessed he was a maintenance guy hired by the co-op, and pulled over to introduce herself. She asked how long he’d worked at the park.

Suddenly, it clicked. She had sold numerous homes in the park over the years, including before the residents bought it in 2015, but had gradually noticed a different feeling there. It felt more like a neighborhood—people outside talking to neighbors, helping neighbors, working on their own dime to do little things to make their community a place they were happy to drive into. 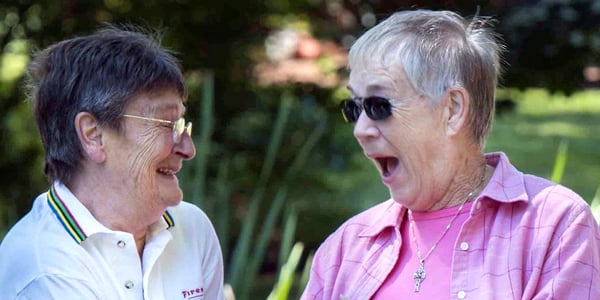 One of the things I’ve heard over and over and over again from residents trying to purchase their parks is that whatever happens with the purchase, they’re really glad to have met so many of their neighbors.

In coming together as a community to make an important decision, they’ve made friends. They found out who needed help getting to their twice-weekly medical treatments, who needed a babysitter now and again for their small children, who worked long hours and needed a friend to walk their dog when they were later than usual.

People have told me they couldn’t believe how many really nice people had lived close by for five, 10, 15, years—people they never knew. How nice it was to drive into the park after work and have people smile and wave to them, or stop to chat when they were out in the yard.

We bring neighbors together and, when they feel like they’re a part of something, watch them come out of their shells. It’s the best feeling.

Neighbors bring dinners to neighbors who aren’t feeling well and give them rides to the doctor “because.”

Neighbors watch out for each others’ kids “because.”

There are things that can’t be measured.

But that doesn’t make them any less real.

← Take me to The Cooperator page